Natural fires have long been part of the ACT landscape and are a natural occurrence. 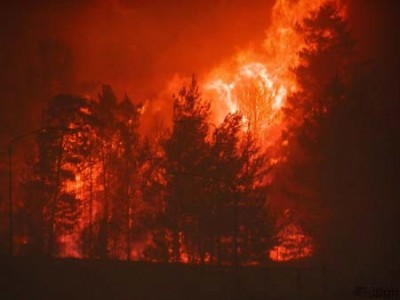 Since 2003, the ACT has seen relatively few bushfires. However, the re-growth experienced in the forests since 2003, and the abundant grass growth as a result of the recent rain in 2010-2011 presents a significant risk over the 2011-2012 bushfires season, should we experience a return to hot and dry weather over the summer period.

Natural fires have long been part of the ACT landscape and are a natural occurrence across the Australian environment. Much of the native vegetation of the ACT is fire prone, particularly the dry forest, woodland and grassland communities.

Records of fire events before the establishment of the ACT in 1911 are few, but dramatically improved in the years that followed, identifying large bushfires that burnt across the ACT in 1919-20, 1925-26 and 1938-39. Legislation governing bushfire management and the use of fire was introduced (the Bushfire Act 1936), which also constituted the ACT Bushfire Council.

The 1938-39 fires occurred during a very dry summer, which included record breaking January temperatures. These fires covered and estimated 60,000 hectares of forest and grazing land, including 1,100 hectares of pine plantation.

From the 1940's a greater emphasis on planned burning (also known as fuel reduction burning, prescribed burning or controlled burning) was introduced in the ACT as a means of reducing the potential for severe bushfires.

Two people died and there was extensive damage to grazing properties across the 13,000 hectares burnt. The Stromlo pine plantation and observatory grounds were also burnt.

In 1978-79 a high fire danger in grasslands developed in late summer when extremely hot dry weather followed a period of substantial rain and prolific grass growth. Several fires started in the ACT and nearby regions, one in particular began on the 13th February 1979, ignited from high tension power lines near Hall, and burnt into NSW towards the village of Sutton and Lake George. 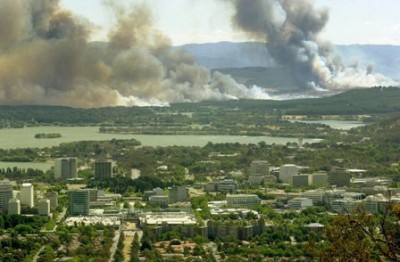 Numerous bushfire also occurred during the severe drought of 1982-83, including the notorious Ash Wednesday fires in South Australia and Victoria. In the ACT a fire started on the 8th January 1983 down in the Gudgenby area and spread rapidly, burning for 22 days in rugged terrain before being contained. In total that one fire burnt 33,000 hectares.

In 1984-85, a relatively wet winter and spring was followed by an extremely dry summer and as a result several large fires occur in forest and grassland reserves in and around Canberra, three of which burnt into NSW south of Queanbeyan. These fires resulted in the death of one person and the burning of 28,000 hectares, of which approximately 10,000 hectares were in the ACT.

Whilst the fires of December 2001 were comparatively small in size they were notable in that they were the most serious fires to occur in the suburban areas of the Canberra for some years. On 24th December, fires lit by an arsonist on the Uriarra and Coppins Crossing Roads burnt rapidly through grassland and pine plantation, crossing the Tuggeranong Parkway. They threatened the suburbs of Duffy, Holder, Weston, Yarralumla and Curtin and burnt to the shores of Lake Burley Griffin destroying 510 hectares of pine plantation. 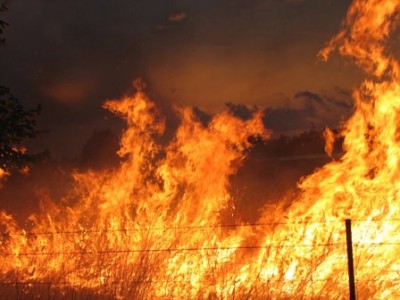 In 2002, most of Australia experienced one of the most severe droughts on record. On 7th and 8th of January 2003 there were numerous lightening strikes over the Australia Alps, which ignited at least 89 fires in Victoria, 74 in NSW and three in the ACT. Those fires not controlled, burnt for over 60 days and eventually covered 1.96 million hectares. Four of these fires directly affected the ACT, starting in the western rangers on the 8th January 2003 and gradually increased in size over the following 9 days. Due to severe weather conditions experienced on the 18th the fires spread rapidly out of control across Namadgi National Park, pine plantations and leased grazing lands towards Canberra. Fire then entered into the suburbs of Western Creek between 2pm and 6pm in the afternoon resulting in the deaths of four ACT residents and the burning of 164,000 hectares (or nearly 70%) of land in the Territory. Over 500 houses and most of the Mt Stromlo Observatory were destroyed, fire damage to a further 315 houses, and major damage to various infrastructure and facilities.

Since 2003, the ACT has seen relatively few bushfires. However, the re-growth experienced in the forests since 2003, and the abundant grass growth as a result of the recent rain in 2010-2011 presents a significant risk over the 2011-2012 bushfires season, should we experience a return to hot and dry weather over the summer period.